101 Podcasts Before the Crash

It seems like a new podcast is being released every day.  What started out as a trickle several years ago has become a flood.  The formerly niche medium has become big business, with the hippest companies convincing podcast hosts to read their advertisements in the first person ("Let me tell you why I love this mattress...").  Some podcasts have vaulted obscure people to fame, and others are hosted by lions of the "old" media who are trying to re-boot their careers or stave off irrelevance.

The frenzy makes me wonder whether we have reached "peak podcast."  Are podcasts a fad that will burn out like the CB craze of the 1970s - or will they be eclipsed like social media has done to blogs?

Just in case the podcast bubble is about to burst, my friend Nick Hamlin and I have put together a list of 101 podcasts that we hope someone - anyone - will create before the crash.  (Nick came up with the best ones).  Please take this as permission from us to steal the titles and start releasing episodes:

We will shortly announce the next CEO of GlobalGiving.  It's an emotional time for Mari and me, since GlobalGiving has been our "baby" for so many years.  But just as kids mature and go away to school, GG is ready (coincidentally, at age 18) to go on without us. Though we will remain active on the board, we will not micro-manage or meddle.  Instead, we will watch with pride as the organization moves to the next stage of life, flourishing and growing into something more extraordinary than we can currently imagine.

The truth is that Mari and I were far from the only "parents" of GlobalGiving.  I wrote earlier on this blog about Donna Callejon, who joined us as the first "adult"member of the team in 2003.  Without Donna, GG might not even be alive to go to college.  I have also written about Dave Goldwyn, Tom Bird, and Fran Hauser, former board chairs who were instrumental in steering through the early stages of adolescence and into high school.  Many others that I have blogged about (and some I will in the future) also played key roles.

But today I want to talk about Laura Callanan.  Some years ago as I was stepping back from day-to-day involvement in GlobalGiving, Mari engaged McKinsey & Company to help consolidate lessons from the first 10 years and envision how GlobalGiving could deliver on its potential for real impact in its next decade and beyond.  Since I had worked with so many management and strategy consultant teams at the World Bank, I had - how to put this? - low expectations.

That all changed when Laura Callanan arrived at our office. From the first meeting, it was clear that this woman wasn't your typical clever but predictable consultant, who maintains an ironic distance while forcing everything into a pre-determined, standardized framework dictated by their firm.

Instead, Laura threw herself into the gestalt of what we were doing, becoming a sort of strategic optometrist for a team comprised of some people who were near sighted and some farsighted.  Laura would hold various mirrors and lens up to the management team and say "Does this make it clear? No?  How about this?  OK, now is this one clearer or fuzzier?" Then she would go away and grind some custom lenses, and come back for more trials.

One day, after months of this, she brought in some lenses and the team's reaction was "Wow - that is it! We can see both up close and far clearly now!" So we locked in those lenses, and they became the strategic framework that enabled GlobalGiving to grow to serve more than 20,000 projects in 170 countries - providing nearly $350 million from 800,000 individual donors and some of the world's most innovative companies and foundations.

Most consultants walk away from one job to the next.  But we clicked so well with Laura that we asked her to join the board - and within a short period the board elected her as chair.  This year, Laura oversaw the search and recruitment process for our new CEO.   As we wrestled with the large pool of exception candidates, she helped us keep our eye on the prize - i.e., the heart and soul as well as strategic promise of GlobalGiving.  I am confident that the result will speak for itself in the next chapter of our growth.

Laura could easily have rested on her laurels at McKinsey - or at Rockefeller Foundation or the National Endowment for the Arts, where she held senior roles.  Her status would have been high, and the work (though stressful) would have been predictable, remunerative, and low-risk.  But here's the thing: Laura has guts and vision, too:  A couple of years ago, she decided to leave that security behind and become an entrepreneur herself, launching Upstart Co-Lab - an initiative to unleash a whole new way to invest in creativity and artists as a means to spur innovation and new solutions to the world's most pressing problems.

Upstart has already made a splash, and I have no doubt it will reach maturity in due course and go off to college itself.  I hope to play a small role in supporting her to make that happen.
Posted by Dennis Whittle at 10:30 AM | Permalink 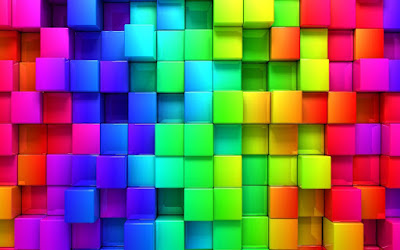 Do You Know the Next GlobalGiving CEO?

Mari Kuraishi announced recently that she will be stepping down as chief executive of GlobalGiving, where she has spent the last 18 years of her career. This is almost as emotional for me as it is for her. Not only was I her co-founder when we launched GlobalGiving; we also got married three years later.

Why did we decide to leave our high-flying jobs at the World Bank to start GlobalGiving? The Harvard Business Review has a good piece that gives lots of good background, but it all boiled down to this: Mari and I were unwittingly thrown together into a situation where we (accidentally) gained a couple of insights about a possible new way to fund development projects, and we said to each other“What the heck – life is short; let’s go for it.”

And so we launched what became the world’s first global crowdfunding platform. We weren’t exactly sure what to call it at first, because the word “crowdfunding” had not even appeared in print. And we had no experience doing a startup or running a tech-based platform (the web itself was barely a decade old). Yet we decided to go for it, and though the first few years were humbling, GlobalGiving gradually got traction, and today it has helped nearly 20,000 community-based projects in 170 countries raise hundreds of millions of dollars.

GlobalGiving allows any bona fide community organization in the world to post a project designed to make their world a better place. There’s no guarantee the project will be funded, but the GlobalGiving breakthrough was providing a platform for them to have their voice heard.

An unexpected side-benefit has been to allow donors of all sizes to have their voices heard as well – no longer do small (or even large) donors need a fully staffed foundation to due diligence, make fast, secure disbursements, and monitor progress on projects almost anywhere in the world. Hundreds of thousands of individual donors, as well as many leading companies and foundations now use the platform.

Along the way, GlobalGiving has had to innovate in many dimensions, some of which are radical but "under the hood” efficiencies and some of which are user-facing (the ability to get detailed reports and provide feedback across the world).

A number of these innovations will provide the foundation for the next leader to take GlobalGiving to $1 billion and beyond – they already inspired the creation of Feedback Labs, and they may even create the kernel of a new operating system for aid and philanthropy.

As I look back, three things leap out as me as key ingredients of GlobalGiving’s success:

First, put the people we seek to serve front and center of what we do. This seems like common sense, but it was radical at the time, and we built GlobalGiving ground-up to let the people themselves have the primary voice in what happens in their communities.

Second, a spectacular team is the secret sauce to breakthroughs. We have faced many obstacles along the way, and it is usually the team rather than the founders who not only solve problems but have radical insights about new innovations.

Third, it’s all about the network – not just the organization. GlobalGiving can serve so many people in so many countries so effectively because of the relationships it has built with thousands of organizations around the world.

Whoever is lucky enough to become the next CEO of GlobalGiving will inherit an awesome team, a tremendous network, a fabulous board, and all the ingredients required for another fundamental innovation in the aid and philanthropy world. Someone who merely wants to be a steward need not apply. GlobalGiving is looking for a high-flyer who says to herself or himself: “What the heck – life is short; I am going for it.”

UPDATE: We have found a great new CEO for the next chapter of GlobalGiving!