Jon Katz writes fantastic vignettes about his animals, including cows, goats, ewes, cats, and donkeys.  His latest, The Perfect Day, is about the waning days of Duke, a border collie/shepherd mix.

His pieces always make me smile, or even laugh.  And it is rare when something he writes doesn't make me think about my own life, and what is important.

Posted by Dennis Whittle at 10:40 AM | Permalink

"Dennis, can you come into my office for a couple minutes?"

It was March 1993, and I had recently returned from a five-year stint in the World Bank's Jakarta office to start work in the Bank's new Russia department.  My new boss was Yukon Huang.

"I've been thinking about you," said Yukon.

"Great," I replied, and smiled.  I was flattered, because Yukon was known to be a pretty tough character.

"You know, I 've been looking at your file and I see you haven't done a damned thing since you started working at the Bank seven years ago."

I was stunned.  "What?  What do you mean?" And I started blabbering, listing things I had worked on over the years, many of them prestigious Bank initiatives.

Yukon replied, "Sure, you have worked on various reports and projects.  I know, I read about them.  But you haven't really DONE anything.  You are one of these guys who knows how to talk in meetings, how to dress, how to act, all that.  But what have you really achieved?  Nothing, as far as I can tell."

Silence.  I didn't know what to say.  So I just sat there for a minute or so, anxiety rising in my gut.

"So why are you telling me this?" I finally squeaked.

"Because we have a problem with [one of our projects] in Russia," Yukon replied.  "And I want you to fix it."

"But I am not an expert in that area."

"Just do what makes sense," he replied.

So that's what I tried to do, with a great team, over the next couple of years.  We did not solve all the problems (far from it), but we made some progress and had an impact.

That conversation, seven years after I started working, marked the beginning of my real career, and it has heavily influenced my trajectory (and life) ever since.

For that, I could not be more grateful.  Thank you, Yukon. Everyone should be so lucky as to have a boss like you sometime (hopefully early) in their career.
Posted by Dennis Whittle at 11:30 AM | Permalink 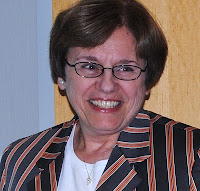 "Why are you looking so down?" Ann asked.

"Where are you going to work next year?"

"Well, where have you applied?"

"I haven't really applied for any jobs yet."

"Dennis, you have to apply for jobs to get them," she said, looking down over her glasses at me. "They aren't going to just fall from the sky for you."

"Are you crazy?  The Bank takes only PhDs.  They haven't hired someone with only a masters degree like me in years. The application even says PhD strongly preferred."

"Well, Dennis, I've never noticed that you have particularly great respect for authority or for any of the rules around here.  I would say stop your whining and apply to the World Bank.  What the heck, the worse can happen is you waste a few hours."

The  date was late 1985, and the scene was the placement office at Princeton's Woodrow Wilson School.  I was sitting in front of the desk of Ann De Marchi (now Ann Corwin), who was then the secretary to the placement director (now she is the director).

"Now go away; I am busy," Ann told me, and she handed me an oatmeal cookie from the large glass jar she kept filled on her desk.

I did go away.  And I filled out the application.  And nine months later, I was sitting in an office at the World Bank, beginning the career that has brought me to where I am today.

Ann has been a good friend and colleague ever since. And for that, I am very grateful.

Posted by Dennis Whittle at 4:37 AM | Permalink

This nice "whiteboard lesson" from the Kauffman Foundation explains why entrepreneurship is critical to the US economy.  I wonder how many other foundations are able to convey the importance of their mission so convincingly in three minutes?

Posted by Dennis Whittle at 4:13 AM | Permalink

Soon after starting GlobalGiving with Mari more than ten years ago, I showed up in Debra Dunn's office at Hewlett Packard, where she was a senior vice president for corporate and global affairs. I drew three circles on the board to represent what we were trying to achieve.  That was all it took: Debra had been thinking along the same lines and had already started some related work to deliver business services in poor communities around the world.

From that moment, Debra played a pivotal role in the evolution and success of GlobalGiving.  She helped connect us to our first software engineers, introduced us to other progressive companies in Silicon Valley, and helped us meet funders.  In 2002, she decided that HP employees should be able to give to causes not only in the US but around the world.  She took a chance by asking us, a very new organization, to provide an online platform to do this.

Our work with HP led to similar work with many other innovative companies over the subsequent years, during which time we were extremely fortunate to have Debra join our board and help lay the foundation for what GlobalGiving has become.  But most importantly, over that time, Debra - who is now teaching at the Stanford d. School - became a friend.  Thank you, Debra.
Posted by Dennis Whittle at 2:50 PM | Permalink

In the summer of 2000, when I was trying to decide whether to leave the World Bank to start GlobalGiving with Mari, I read a book called The Monk and the Riddle, by Randy Komisar.  After I finished, I sent Randy a long rambling email describing the general idea.  Though we had never met, Randy responded immediately with encouragement, ideas, and an offer to help.

That note from Randy helped give me the courage to leave a high-paying, secure, prestigious post and take a leap into the unknown.  And over the past decade, Randy's steady presence in the background has been a guiding force for us through both good times and bad.  His experience at Apple, General Magic, Lucas Arts Entertainment - and most recently Kleiner Perkins - gives him insights few others have.  Often he pushed us to do something two years before we realized it needed to get done.

His most recent book, with John Mullins, is Getting to Plan B, which Bob Sutton describes as "more than the most useful book I've ever read on entrepreneurship."  I am most grateful for Randy's friendship and support over the past decade.  Thank you, Randy.
Posted by Dennis Whittle at 8:29 AM | Permalink