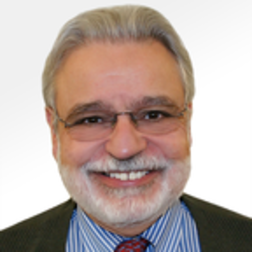 "Dennis, why don't you come work with me?"

It was the summer of 1987, and a dynamic young division chief in the World Bank's Africa region was offering me an exciting opportunity to work with him.

It took me 26 years to say yes.  In the 1980s, I needed to work in Asia for personal reasons.  Our work intersected a bit over the years, but it was not until 2013 that the stars aligned.

After I had published this paper on feedback loops at the Center for Global Development, I got a message from Jean-Louis asking me to come to a lunch discussion at the OpenGovHub.  He and his colleagues at the Development Gateway invited along a number of colleagues from other organizations at the Hub, and we began to have weekly lunches to discuss how better feedback loops might improve aid, governance, and philanthropy.

One thing led to another - a long story with a lots of heroes worthy of separate posts - and Feedback Labs was born in 2014.  The typical path would be to set up a separate organization to house the Labs, but I wanted build on the momentum of those lunches without having to establish the infrastructure for a new entity.

So I asked Jean-Louis if the Development Gateway would house the Labs for a while until we could get our feet under us.  He replied, "Of course."

For three years, Feedback Labs was hosted by Development Gateway.  Since Jean-Louis and his colleagues not only participated substantively but took the administrative burden off our back, the Labs gained momentum rapidly.  As a result, we started life as a separate legal entity late this year with the wind in our sails - over 400 organizations, foundations, and governments have now participated in collaborations we've hosted.

I felt guilty all those years for turning down Jean-Louis' offer in 1987.  But maybe there was a hidden logic.  Maybe that first offer was just preliminary to the real thing, which had not yet emerged.
Whatever the case the Labs would probably not exist without Jean-Louis, and in any case we could not have achieved what we have without his support.  For that I am profoundly grateful.
Posted by Dennis Whittle at 2:26 PM | Permalink