Who moved my AYT? 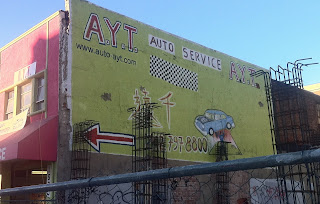 I am happy our neighborhood in Washington DC is thriving.  Before we moved here, it used to be too dangerous to walk here, even during the day.  It is now a happening place, with all sorts of restaurants, theaters, and places to hear live music.  Fortunately, it remains ethnically and socio-economically diverse.  It's still edgy (there is too much crime), but I like it.

Nonetheless, development brings costs, as well all know.  I have had friends in the neighborhood who have had to move out because the rents have risen.  And some of the funkier businesses have gone away.  I had thought about this mostly in the abstract until the other day when I drove over to 14th St to get a tire fixed only to find my neighborhood garage closed.  One of the managers was there packing things away.  When I asked him why he was leaving, he said: 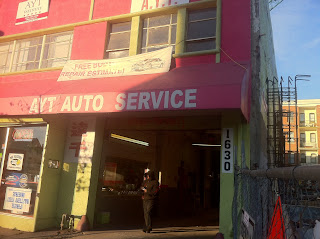 "We might have been able to pay a bit more, but not triple.  There was no way."

Last week I got in a taxi at Union Station here in Washington, DC and was surprised that it was a Toyota Prius.  Though I like the efficiency of the Prius, what I really appreciate is the ride - so much better than the rickety old jalopies typically lying in wait for passengers at the station.

I asked the driver whether he liked the car, and he replied immediately "Love it. Just love it."  I asked him about gas mileage, and he said that he gets good mileage in the winter, but he takes a hit in the summer.  "What does that mean exactly?" I asked.  "Well, in the winter I get about 52 miles a gallon, but in the summer it goes down to 47 or 48."

When I expressed my amazement, he told me that he saves $1,000 per month in fuel costs alone compared to the old beat-up sedan he used to drive. "Good lord, if that's the case, then why don't all drivers use hybrid cars?" I asked. "Two reasons," he replied.  "First, most people believe that hybrid cars break down a lot and are expensive to maintain.  And second, they can buy a beat up car for $700, whereas this one costs $24,000 new."

"Actually," he went on, "this car has needed nothing but oil changes in the two years since I have had it.  My old car was in the shop for expensive repairs every month or two - and I couldn't drive it during that period.  So this car is actually cheaper.  With the fuel savings alone, I can pay off the car in two years, and that doesn't even count the repair costs I avoided.  And even after my car is paid off, it is still worth $10,000 or more."

I sat there with my economist's hat on, wondering why all taxis in Washington weren't hybrids.

"They'll come," said the driver, reading my mind.  "It just takes time for people to realize what a good deal they are."


Posted by Dennis Whittle at 8:28 AM | Permalink

GlobalGiving is catalyzing a global market for ideas, information, and money that democratizes aid and philanthropy.  In the process, the unbelievable team there has helped 5,200 qualified organizations in 129 countries raise $57 million from 248,000 donors and some of the world's most innovative companies and foundations.  (And this does not include the $15 million they have helped Pepsi distribute to hundreds of US-based organizations.)

I could go on and on about their achievements, tenacity, and exploits.  Or about the pathbreaking feedback loops they are creating that provide incentives for ever-increasing quality and impact.  Or...

But instead, I just want to show the video below, which is worth a thousand words and more.  As we begin a new year, I want to say thanks to them all.  What a pleasure and privilege it has been to work with you.  And the best is yet to come. 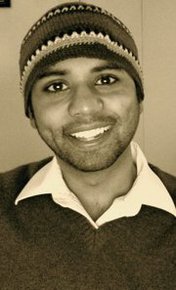 Many years ago, we hired a young guy named Sombit Mishra.  He brought to GlobalGiving a nice three-piece suit but pretty much zero experience.  In those days, we had little money and a lot of unskilled labor.

Shortly thereafter, I was out in Palo Alto at the offices of Kleiner Perkins talking with our advisor Randy Komisar.  "Do you have a dashboard for keeping track of your progress against targets?" he asked. "Of course we do," I replied. "I'll send it to you when I get back."

Upon my return to Washington, I called Sombit into a conference room and said, "Sombit, I want you to put together a dashboard for us." His bottom lip trembled, and he said nothing.  Finally: "What's a dashboard?"  "It's progress against targets," I replied. "Just do what you think makes sense, but be ready with a draft for the staff meeting next week."

Thus was born the GlobalGiving dashboard, which has been the centerpiece of GlobalGiving's weekly staff meetings for the past eight years.  The dashboard started off crudely, but Sombit made steady improvements.  Every week after the staff meeting I gave him feedback and pushed him to create analytics that he had no experience with. In retrospect, I was a little hard on him - I probably put him under a little too much stress, which I regret.  But Sombit never said never.  Head down, he pushed ahead.

After a couple of years, Sombit went on to business school at MIT and founded a company, EveryFit, of which he is now CEO.  But he left behind at GlobalGiving an exceptional legacy of focus and discipline.  When he created our dashboard, we had facilitated just a few hundred thousand dollars of donations.  We closed the year 2011 with a cumulative total of over $85 million raised for 5,000 organizations in 129 countries.

All of us owe Sombit a tremendous debt of gratitude. As the year 2012 opens, I want to say this publicly:  Thank you.
Posted by Dennis Whittle at 10:39 AM | Permalink