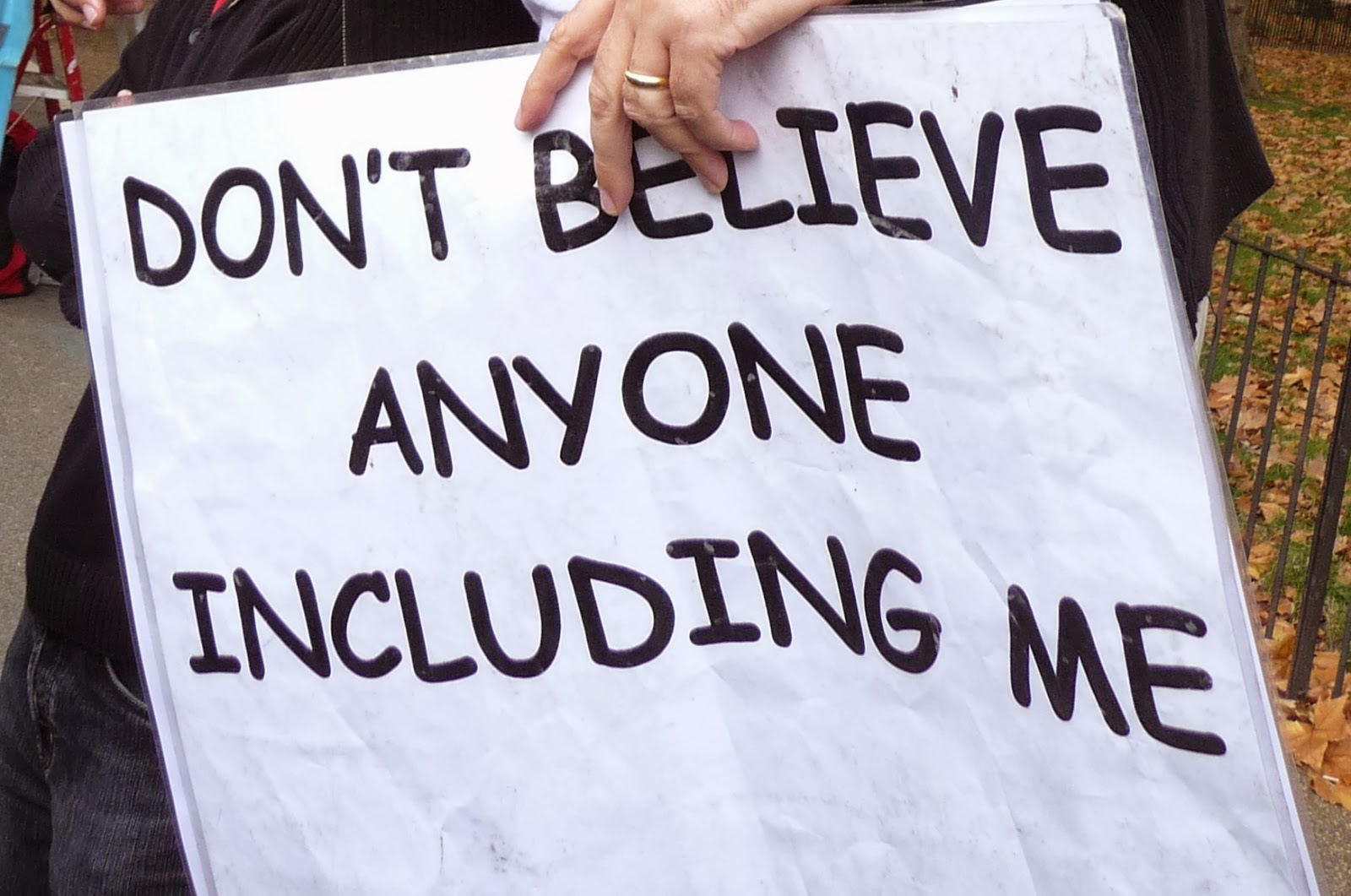 At a conference the other day, someone introduced me as a leading "expert."  I am as susceptible to flattery as the next guy, but over time I have grown more aware of the limits to what I know.

The general understanding is that you can have "hard knowledge" in the natural sciences, but less so in the social sciences.  Hard knowledge means that you can replicate what you know over and over again in the real world via experiments or projects.  Bridge engineers are typical examples - give them any known terrain and they can build bridge after bridge that will stand up in every day use.   This is because the properties of the materials are well known, and the interactions between the materials are relatively simple.  Standard engineering formulas can thus be taught in schools around the world, and engineers who speak different languages can successfully converse in the lingua franca of mathematics.

As we move into the domain of human interactions, the properties of the materials (people) are highly variable from person to person.  What's more, the interactions between individuals often affect the properties of the individuals themselves by changing emotions, feelings, attitudes, strategies, and even body chemistry. Human systems are thus hugely more complex than most others physical systems, and we quickly lose the ability to model them in any dependable way.  How social interactions occur in a particular family, neighborhood, town, province, country, or continent can only rarely be generalized to different families, neighborhoods, and countries.

Recently, there has been unsettling news even for medical research - an area where we used to consider our knowledge "hard."  Last year, for example, Begley and Ellis, two researchers, looked at 53 landmark cancer studies and found they could replicate the results of only six of them.  Just last week, a 25-year retrospective study found that mammograms have no impact on death rates from breast cancer, overturning decades of conventional wisdom.

Philip Tetlock's work has shown that experts in a wide variety of disciplines are no better - and often worse - at prediction than computers or untrained people.  As I noted earlier:


College counsellors who were provided detailed information about students and even allowed to interview them did worse in predicting their freshman grades than a simple mathematical algorithm. Psychologists were unable to outperform their secretaries in a test to diagnose brain damage.

Closer to my field of international development, Michael Clemens and Justin Sandefur of the Center for Global Development have examined the work of Jeff Sachs and Paul Collier - two experts highly sought after by aid agencies for their insights.  After examining Sachs's work on the Millennium Village Project and Collier's work on migration, Clemens and Sandefur found fundamental errors in analysis, data, and logic.

After reading these devastating critiques, I began to wonder how many studies go unexamined.  There aren't enough Begleys, Ellises, Clemens, and Sandefurs to go around to review all research.  We used to assume that professional journals performed this type of quality-control function, but just this month two journals were forced to retract 120 articles that they found had been computer-generated.  A couple of years ago, even a prestigious peer-reviewed mathematics journal had to retract a machine-generated "nonsense paper."

A 2005 paper by John Ionnidis took a macro approach to this question.  It looked at the way that much research is done and concluded that, because of statistical problems, design flaws, and skewed incentives, the majority of published research findings are false.  This paper has been the subject of much discussion, but whatever the exact numbers it seems clear that most research findings should be taken with a healthy degree of skepticism.

All of this is not to disparage the value of research and analysis.  To the contrary, it calls for more.  It calls for a lot more trial and error, as suggested in Jim Manzi's excellent recent book Uncontrolled: The Surprising Payoff of Trial and Error for Business, Politics, and Society.  It calls for more "problem-driven iteration" as recently described by Andrews, Pritchett, and Woolcock.  It calls for much greater use of feedback loops in aid, philanthropy, and governance, with pioneering work being done by groups such as Feedback Labs.

But it does suggest the limits of what we (think we) know in many fields.  It calls for modesty and humility.  It calls for us to hold our beliefs lightly.  And, lest we fail to hold our beliefs lightly, we should keep in mind the damage we can do when we don't, as so powerfully described in Bill Easterly's new book The Tyranny of Experts, which I will review in an upcoming post.

Posted by Dennis Whittle at 4:18 PM

Dennis Whittle is Co-Founder of Normal>Next. He is Co-Founder and former CEO of Feedback Labs and GlobalGiving, He has served recently as Visiting Scholar at the NYU Development Research Institute, Robin Richards Donohoe Professor of the Practice and Social Entrepreneur in Residence at UNC-Chapel Hill, Visiting Lecturer at Princeton University's Woodrow Wilson School, and Visiting Fellow at the Center for Global Development. He is founder and President of The Whittle Group.
Previously, Dennis was an economist at the World Bank (1986-2000), where he lived and/or worked for many years in Indonesia and Russia. His team there also created the Innovation Marketplace in 1998 and the Development Marketplace in early 2000. In 1984-85, Dennis worked for the Asian Development Bank and USAID in the Philippines, where he was an extra in one of Chuck Norris's best movies, "Missing in Action" (1984).
In his formative years, Dennis was a short-order cook and busboy at several restaurants, including the late Oasis Restaurant in Leitchfield, KY and the late Porthole Restaurant in Chapel Hill, NC.
Home
Email: dennis (at) denniswhittle.com
Follow on Facebook or via RSS Feed
Follow @DennisWhittle